There is this thing. The majority of the women I coach say this thing is a problem. Yet we’d all rather not talk about it. I even have clients who have become engrossed in legal battles centered on it. It can be devastatingly painful and can interfere with our work: it’s real and important. And, like any societal ill, we are made better when we address it.

The “it” or thing I’m referring to here is the aftermath of an excruciating loss or fracture of relationship with another woman in the context of work we love.

Here’s my story: I joined my firm when it was quite small. One of the early employees was a woman my age and for whom I was a peer. I worked hard to win her over. She didn’t like me at first, given I was the boss’s kid and all. I proved how trustworthy I was, how collaborative, how fair. I made concessions to make her feel good. I proved my niceness. And it worked for a while.

We became close friends. Yet there was always an underlying competition. Slow exclusions, distancing, confusion, unspoken and spoken upset. The more time passed, the worse the comparisons became. God, it was hard.

There was always a subtle (or not so subtle) sense of imbalance. The foundation of the relationship was a power struggle, a dynamic that dictated I had to vigilantly put myself down around her or actively lift her esteem up. On work projects, she began disagreeing with my suggestions out of impulse, struggling to reorient the power. I grew distant. Neither of us understood what was happening. And I’m positive I messed up a million times. I did the best I could and I know I failed her.

I have since learned a theory called “Power Dead Even,” by Drs. Pat Heim and Susan Murphy, as outlined in their book, In The Company Of Women. It explains the entire rise and fall of this fated friendship.

In rare cases, the perceived power gap can be too large, where no amount of “evening out” is possible and the relationship will not work. This hinges on the second component of the theory – self-esteem. The self-esteem of each woman has to be reasonably healthy for these partnerships to have a chance.

Recently, I coached a first-time executive navigating a highly sensitive, personal, and power-driven relationship in her organization. My client’s good friend brought her into the company and initially they worked wonderfully well together as peer colleagues. Then, my client was promoted to be the other woman’s boss. (Gasp.) Immediately, the other woman felt threatened, angry, and upset. In this case, there was a legitimate tipping of the power scales based on level of authority. What’s more, each woman was working through her own issues related to self-esteem (as we all are, right?).

Given this dynamic, one that included a legitimate power gap, the ideal choice would have been for my client and her friend to adjust to the complexities of this new reality by:

In boss/subordinate relationships at work, managing Power Dead Even can be tricky given the very real power differential. I have found that those require additional attention, as you seek to build the relationship (trust) and performance expectations (clarity). Communication and transparency here are everything, as are numerous other skills I’ll save for a future blog.

Another colleague of mine is brilliant at navigating female relationships at work. Her secret? Appreciation and honor. She is constantly attentive to showing respect and appreciation for other women – visibly and explicitly – so that they know she is on their side, and she means it. In other words, she actively gives power away (or empowers others) in service of a longer-term vision, based on her core value of partnership.

When we look through the frame of Power Dead Even, we become conscious of those we align with and how we set up female relationships for success, especially in the workplace. It tells us we must come in with a “power offering” of sorts – a compliment, a smile, a vulnerability – so that other women know we are not a threat, and that we’re putting connectedness above competition.

When we’re no longer a threat, we can create the most fulfilling, expansive experiences. But we have to be mindful of ourselves, aware of how others perceive us, and intentional about how we engage with others to put the relationship above the task. This is really difficult to get right, but we can certainly commit to trying.

To understand this dynamic in your female relationships, recall when you last felt really secure and happy with a friend or work colleague.

Now, what was that one relationship that still tears at your heart? (C’mon, we all have one.)

Next, think about the female relationships at home and at work that really matter to you – the ones who matter to your success, but with whom you may not have cracked the code. 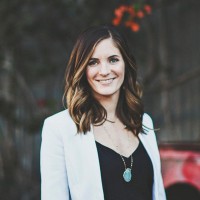 Executive Coach and Team Facilitator with a background in OD. Passionate about helping executives and leadership teams achieve without burnout.

Ready to connect with me?

Tell me more about you!